It’s Chicago Week here in iRacing where we will cover the release of the new Chicago Street Circuit and the iRacing Pro Series inaugural race at the concept track as we start to get ready for the upcoming season 3 build.

And remember you can follow along with us on your mobile device in real time as you listen to the show and see for yourself all of the great topics and products we’ll discuss by visiting iracerslounge.com and selecting show notes. Hope to see you there..

After a complete new build, Grid Finder 2.0 is here and better than ever. Along with a brand new look, Grid Finder has made league searching even easier and much more enjoyable by adding more search options for the driver and giving league owners a better way to promote their league features and making it easier to connect with drivers with the brand new “join now” button.  Make sure to check out www.Grid-Finder.com and find your place on the grid

Visit www.grid-finder.com to find a league, or to upload your own!

The iRacing World is reaching out to it’s members to create a short story with their names for a care card for fellow racer Cecil Green who has been hospitalized with any thoughts of your time together, or if he’s helped you out while on the sim.

We want those who want to write a short story to sign their name if possible and send it to
picciottivincent@gmail.com
Also I’ll need about 20-30 short story videos, mentioning who they are along with the story about a minute to two minutes long uncut. I am going to put together a short video to send to Cecil as well. I’m not the greatest editor but I think putting some faces to the names on their profiles would be awesome, it kind of ties everything together. We never see the faces we race against so I think it will add some personalization to it. Deadline for all this will be a week from this Saturday so that gives us 10 days to accumulate what we need then work on getting the card and video done
The videos can be sent to hap584@outlook.com

Dale Earnhardt Jr took along some racing hardware with him to a Tennessee mountain retreat so as not to miss his spot in the iRacing Pro Invitational at the futuristic Chicago Street Course.

What does a lap around Chicago look like? Nascar tweeted a video of a hot lap around the futuristic, concept track on the proposed street course.

Adam Stern Tweeted that as Nascar is continuing talks with the city about possibly running a real-life race there, it’s still unclear whether ’22 or ’23 would be the first event. But Chris Meyers also recently noted that a track at the LA Coliseum is also a possibility.

In conjunction with the Pro Invitational race at Chicago, iRacing announced, with an accompanying video, the official release of the Chicago Street Course for it’s members.

Looks like Dale Jr and Steve Myers have already been found. This time on a skyscraper in the Chicago Skyline.

Evan Posocco posted on his twitter account that James Davidson extended his lead in the iRacing Pro Series after Wednesday night’s complete dominance at Chicago by 21 points over Timmy Hill in second and 38 points over Garrett Smithley in third.

Jesse Iwuji stopped by the USO iRacing qualifying challenge at the Coke 600 fan experience and found himself on the leaderboard.

Coke Series drive Jimmy Mullins also stopped by the qualifying challenge and, wouldn’t you know it, found himself at the top of the leaderboard.

Have any functioning sim racing gear you aren’t using? Operation Motorsports lets you help vets by donating your functioning iRacing gear to vets who can use them to join in the amazing iRacing service

Tom Burns posted in the forums that he’s been missing some sounds in the sim, including some of the ‘pop’ upshifting in the Porsche 911 cup and the sounds of gravel hitting the underside of the cars. Aussie Greg Hill responded that he needs to set the particles to high under graphics.

Leaning into a Corner

iRacing tweeted a pole asking if driver lean into a corner when racing. their options were ‘Yes, it helps with grip’, or ‘No, it looks ridiculous.’

Online racing magazine, Racer.com, has a story about how the Chevy drivers in the Coke Series realized there was a problem with the drafting model before the start of the race last Tuesday.

The very popular iRacing league scoring website danlisa is looking for new ownership as reported in the forums by Tim Fortner.

Ironically, there is a new solution out there for leagues to use that just released about 30 days ago called Xtreme Scoring. All be it a paid version it does everything Danlisa does and a ton more. The widgets are amazing and scoring combinations are nearly limitless for Oval and Road. Past seasons can be imported for Danlisa users as well.

Another Danlisa alternative is MyLeague which gives you the ability registration management of Drivers, Teams, define your own Classes, Results, Standings, and League Articles.

Some in the forums have started a thread asking if iRacing would offer AI racing in the car. And although it is something they’re actively working on, according to staffer Alex Saunders, the IR18 is probably the single most complicated car on iRacing to put on AI thanks to all the different configurations, push-to-pass, and tire compounds.

Jamie Bowling produced a poll in the forums saying that “I think iRacing should have some kind of admin or something in the public rooms to call who causes cautions and we wouldn’t lose or SR or IR when it wasn’t our fault!”

Ty Majeski for the W

Ty Majeski has put his iRacing sponsored Late Model back into the winners circle, this time at Jefferson Speedway in Cambrige, Wisconsin.

Show listener Scott Ross will be setting up fun races on Monday, Tuesday and Wednesday during week 13 and is inviting everyone to join in. The races will be in the tour modifies with fixed setups on road courses at Charlotte Roval on Monday, Laguna Seca on Tuesday and Phoenix Road on Wednesday. Practices will open at 8:30pm et and races will begin at 9:30pm et.

Hi guys,
Enjoy the show. With week 13 coming up I want to do something fun with my participation credits. I really enjoyed the tour mods at watkins glen this past season and there were some great discussions about how it would do on free tracks. So I came up with 3 races Monday, Tuesday and Wednesday of next week. Monday is the Charlotte Roval ,Tuesday is Laguna Seca, and Wednesday is the Phoenix Road Course. All no pressure races for fun with fixed setups. Practice at 8:30pm et race at 9:30pm et. Hope to see you there

Don’t forget to join us for the Project K-9 Hero at Michigan on Friday, June 11 at 9:00est

PRIZES
EachClass get its own prize for
Pole:$20 iRacing Credit
Winner: Spotlights from Midwest Simulations (https://midwestsim.com/)
Best Paint with Project K9 Hero logo get a free Paint job From Yuhouse Racing Designs
And just added $75 per class on most positions gained with no incidents. Thanks to Metro Ford
of Chicago from the OBRL

Come Join us on:
Discord : https://discord.gg/pCDGEzru

Also to be released is the Porsche 911 GT3 R

You’ve heard us talk about the Spotlights. Those of us that have them here at iRacers Lounge absolutely love them. So much, we have become an affiliate! With the roll out of their new Spotlights Pro. Here’s your chance to check them out, you won’t be disappointed. Enter coupon code: IRACERSLOUNGE for 10% off!!

How To Pit Macro

Kendall Kerr asked in the forums if anyone can help me figure out how to set a keyboard shortcut for throw yellow, as well as, clear all black flags?? Staffer David Tucker posted links how to assign macro built into the sim.

The VNM Shifter V1 is from a Vietnamese Company that offers an H pattern shifter with multiple optional shifter plates and can be converted into a sequential shifter as well for $259.95

The New SRM Gear shifter can be used on most wheels, including custom wheels, and Fanatec wheels with an adapter for 96 pounds. 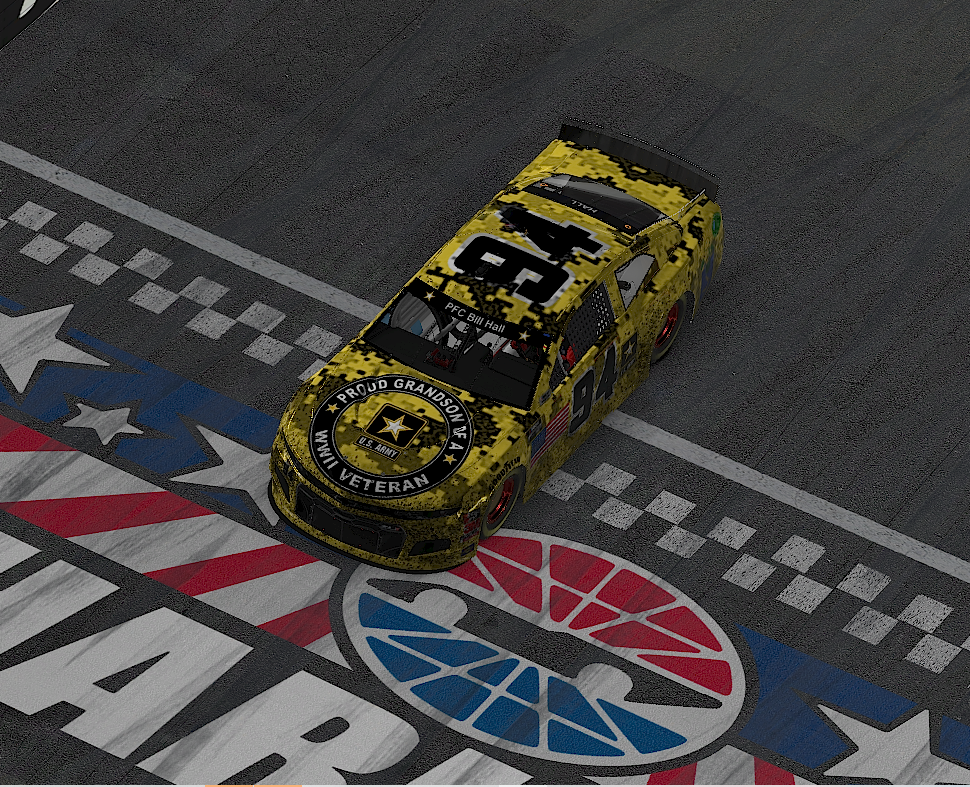 It’s Chicago Week here in iRacing where we will cover the release of the new Chicago Street Circuit and the iRacing Pro Series inaugural race at the concept track as we start to get ready for the upcoming season 3 build. So strap in and try to keep up with us on the iRacers Lounge Podcast.