On today’s show we’ll follow iRacers in real world action, we’ll catch p on the third round of the ‘Golden Ticket’ Skip Barber Formula Series, and will there be a new track coming to iRacing in the US? All of that, plus tons of great products to cover in todays hardware section

Did you know changing to a new set of pedals can have an instant impact on your driving?
Changing to pedals that allow you to build your muscle memory and be consistent lap after lap give you an advantage over the rest on track.
With Sim Coaches P1 Pro Pedals, you can completely adjust them to match your driving style.
Their new software, Visor, allows you to adjust the pedals electronically for even more adjustability.
Take control of your driving with these hyper-realistic pedals!
For a limited time, Sim Coaches is giving you guys 10% off a new set of pedals. Head over to simcoaches.com and use discount code IRACERSLOUNGE at checkout to save!
Do it now!

GB3 Championship driver Max Esterson will be sporting the iRacing sponsorship in the 2022 season. He posted on Twitter, “Having started my career on the sim, iRacing has been, and continues to be, a huge part of my development as a driver. Driving at tracks like Spa and Silverstone for the first time has shown just how valuable thousands of virtual iRacing laps can be,”

Revenge of the Cone

iRacing asked on the forums in the form of a poll if you’d like to see the Nascar Euro, Pinty’s & Mexico Series cars on iRacing, saying that it’s the, “Only stock car touring series we don’t really have on the service at this point. If you would like to see one or all of the cars developed which of the 3 do you think should be prioritized first?”

Reminded why the UI is worthless

Sim Rig on The Price is Right

A sim rig equipped with an Xbox Series X and Forza 5 appeared on one of the showcases for the iconic “The Price is Right” TV show.

iRacers at Richmond in Xfinity

iRacing noticed at the Xfinity Race this past weekend that there were, “A lot of avid iRacers on track at Richmond Raceway. Awesome to see them chasing their passions!”

Could Formula 1 be racing next year on a Saturday night in Las Vegas?

The chase to earn a full-season ride in the Skip Barber Formula Race Series continued on iRacing on Sunday, as the Skip Barber Formula iRacing Series staged its third of six race events at the iconic Watkins Glen International. When the checkered flags fell on the double feature event, two new winners—Nicolas Mateo and Matt Adams—found themselves standing atop their respective race podiums.

Robert Wickens, a paralyzed Indy driver, credits iRacing for helping in his recovery while on the Dale Jr Download.

The Nürburgring 24h powered by VCO

Hey guys.  I saw where you wanted details on this money race I’m having:
It’s going to be a Bristol Doubleheader with Trucks first then nextgen cup cars.
1st place money is guaranteed.  Also $100 to a random driver in each field.
Trucks will be irating of 2500 or less at time of signup.  Cup is open to all, including pros and will be open setup.
trucks – $15 entry – $500 to winCup – $25 entry – $1000 to win
More than 41 cars, will have heat races to set field.
More info can be found in discord
https://discord.gg/TYvwTZyjGa

Rigmakers is selling their plans for an F1 Style Monocoque on their Etsy store for $34.18

Karl Gosling reviews the hide-away Coffee Racer Beta, a sim rig that folds up inside a coffee table

‘Path Finding’ is described by Nvidia as, “one of the largest breakthroughs for real-time graphics in many years”

Gomez Industries with sponsored driver Tony Kanaan made an appearance at the GSI, Simucube, Heusinkveld event held at a Microcenter store

Stiny Analyzer made a change that was a big enough to make version 2.1.0.0. You can watch accompanying videos the have made available for more information on the new features.

Simubox has an Ebay store with a variety of button boxes

@1.) Mike Ellis these just popped up on my Insta feed. They have Pedal Sex appeal

They look really well made and have ABS. I wonder if that means it’s just a rumble motor or something even better?! The elastomers are fully enclosed which is definitely a good thing with these LC pedals so you can’t over “squash” them and cause permanent deformation or even bust them. I also like the fact that once you calibrate them it’s saved on the PCB so no need for ingame calibration.

Fri open:RichmondEllis –   p Missed the race to go rescue my son who wrecked his car

Mike –p20 – but finished on track p8 had a drive thru penalty that i didnt do – tough race 19 cautions longest green flag was 23 laps. 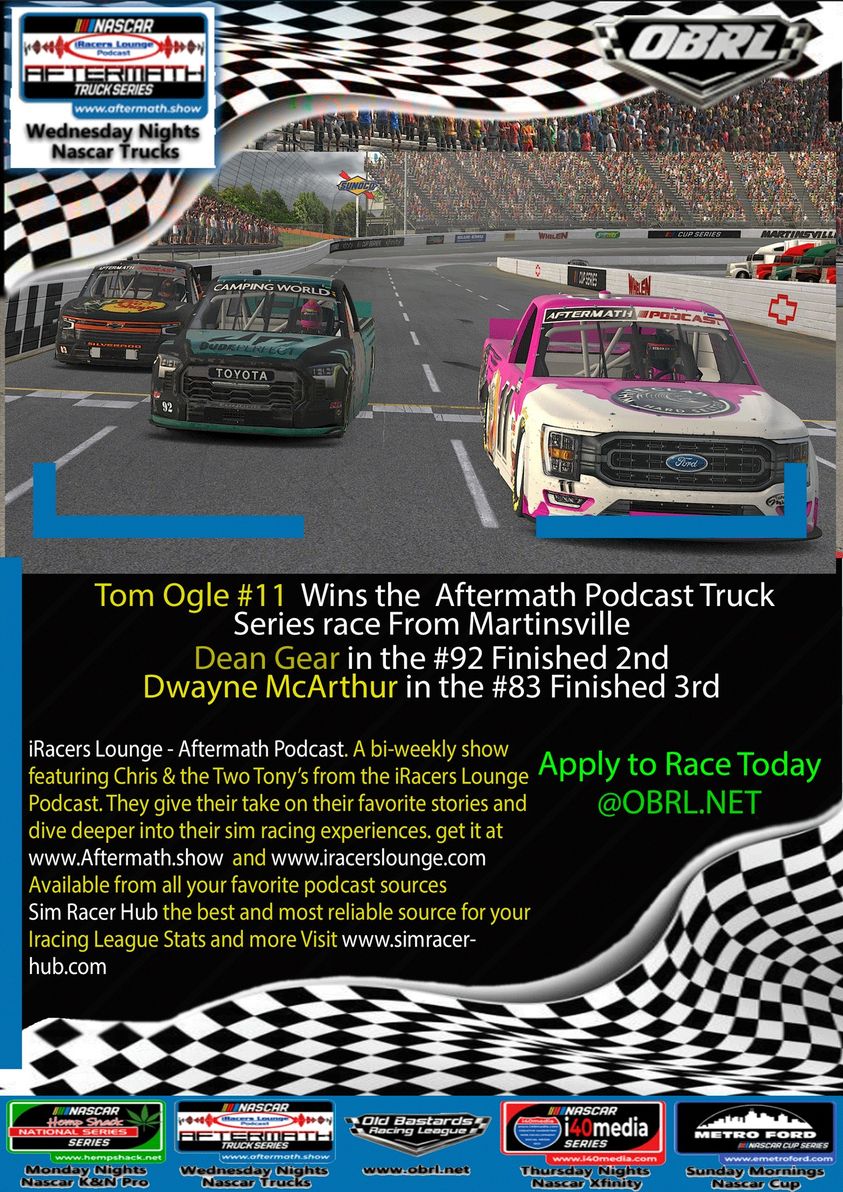 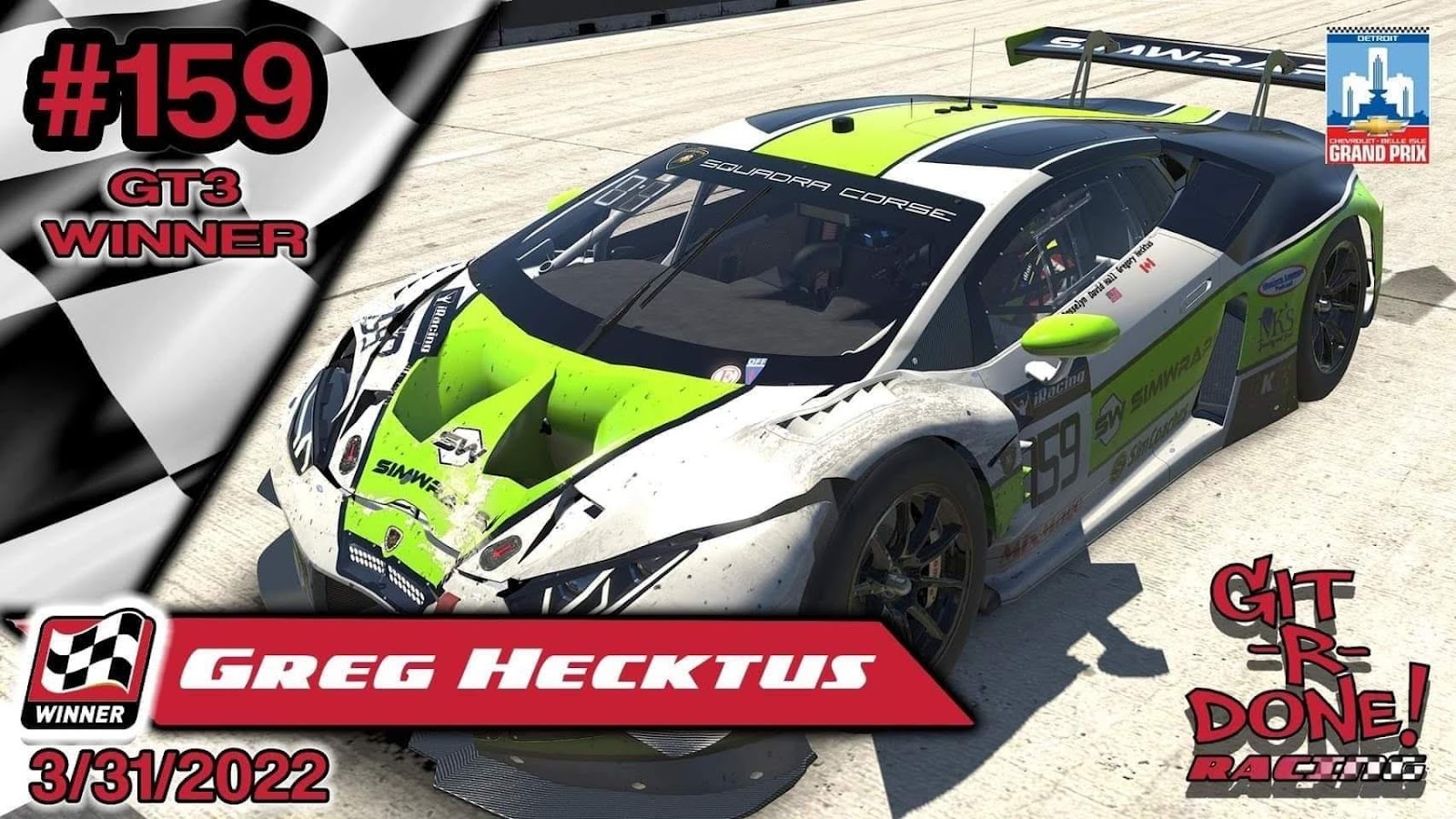 On today’s show we’ll follow iRacers in real world action, we’ll catch p on the third round of the ‘Golden Ticket’ Skip Barber Formula Series, and will there be a new track coming to iRacing in the US? All of that, plus tons of great products to cover in todays hardware section. So sit back, relax and join us on the iRacers Lounge Podcast.