In this weeks episode we will be exploring if Nascar may be looking for a new console game developer. We see a dominant performance in the Skip Barber iRacing Formula Racing Series and ask, “What would iRacing be like without in-game voice chat?”

SimCoaches offers the realistic sim racing equipment you need to win more races online…. It is designed for real racers… Hydraulic construction makes them feel just like the real thing. High-Quality Construction, 100% Leak Proof, and Lifetime Warranty are the key features with these pedals. And, they look absolutely amazing… Check out simcoaches.com and use the coupon code IRACERSLOUNGE to get 10% off your purchase. Simcoaches.com is your ticket to feel like your actually sitting behind the wheel of a car. Drive harder and stay on the limit longer…

Here are two clues to what is coming in the @iRacing patch next week. ???? pic.twitter.com/otfNqT9Sy4

After a tough week racing at Martinsville Brian Blackford Tweeted a question, “What if iRacing removed voice chat?”

Multiple sources have told SGO that NASCAR is actively looking for ways to get out of its current agreement with Motorsport Games. The sources say that NASCAR would like to bring its license to a different publisher and developer within the next couple of years.

“NASCAR isn’t happy,” the source said. “There’s a reason they don’t even promote their own game on any broadcasts. It’s because they don’t want to be associated with a game as broken as what NASCAR 21 is.”

2021 was not a bright year for Motorsport Games, which belongs to the wider Motorsport Network media empire that includes Motor1 and Motorsport.com. The gaming division lost $33.7 million and admitted in its latest financial report two weeks ago that it didn’t “believe the existing cash on hand will be sufficient to fund its operations for at least the next 12 months.”

This should and will concern the likes of IndyCar and the Automobile Club de l’Ouest that operates the 24 Hours of Le Mans, both of which recently minted collaborations with Motorsport Games. The prospective IndyCar game is targeting a 2023 release, as is the Le Mans title. All of these games are the first iterations of annual franchises too, which means it’ll be a tall effort to get them out the door in a short amount of time and in polished form, as NASCAR 21 has illustrated.

Tyler Hudson Tweeted that iRacing is giving away memberships and hats at Jackson Motor Speedway  in Mississippi.

Logitech G already partners with 23XI Racing’s Bubba Wallace in the real-world. They’ve also been sponsoring Mitchell deJong in eNASCAR. Now they’ll be working with 23XI as an official partner, as well as together with the team owner himself, Denny Hamlin.

To the Moon Alice, errr JR

Dale Jr wins a race in the Mooncar series ’87 race at Talladega in spectacular fashion.

One of the premier racing circuits in France will join the iRacing roster of officially licensed tracks, as France’s Circuit de Nevers Magny-Cours is set to debut in a coming iRacing build. An active host of major national and international GT and motorcycle competitions, as well as the longtime home of the French Grand Prix, Magny-Cours is planned to be completed and released late this year.

For the second time in the Skip Barber Formula iRacing Series season, Mikkel Gade swept both rounds of an event in Sunday’s action from Road America. He led every lap of the second race to lock in his fifth and sixth wins of the season at road America.

Known as “The Greatest Spectacle in Racing,” the Indy 500 is one of the most prestigious race events in the world, held since 1911 at Indianapolis Motor Speedway. It is part of the NTT IndyCar Series in the United States.

The Racelab setup module is now available.  Features include…

– Free module, everyone can use it!

– Lots of stats about the setups

– Majors Garage setups will be uploaded every week

– Anyone can upload their setup to support the great community we have!

Frexsim claims to  make the best 2DOF Head Motion experience in Racing Sim, no one has done it yet in the real way.

v7.30 involves a re-work of a whole bunch of clips. It also introduces 309 new sound clips, hopefully replacing all of the new messages that iRacing has plugged in recently, including the pit box countdown. There are a few event ID’s that I couldn’t get to trigger, so I’m not sure when they do. I left the Default for those as a good way to find out, so let me know if you hear Aussie Greg at all.

Ray Smith, Director, Gaming and Esports for Nascar said “Through this partnership, Playseat® is helping us introduce the sport to a new generation of fans, allowing a younger and more diverse audience to see the opportunities that sim racing and NASCAR both offer,”

i thank you all for your patience waiting for the bezel free kit. we are currently ironing out supply issues for the lenticular lense. full diy kits are now available for £40 including postage, you will need to source your own lenticular sheeting from an old monitor/tv, we can help with this process.

Mike’s Cube Controls wheel may be delayed a little further…

The GSI QRS-1 “Quick Release System” is a proper motorsport grade quick release made for the high standards of sim racing. With no play in it’s connection it inspires confidence with it’s uncompromising quality in construction and design.

Groves – P? – I had a gymnastics finish, couldn’t stick the landing so I had to go home

Rochette P wrecked by leaders going 3 wide into turn 1 on lap 6. Got my yearly Dega pole was pushed out of the leader by a dumbass *beeeeeeeeeeeeep* (Iberian) than while just hanging out they went 3 wide for the lead middle car lost and fell back and wrecked about ½ the field

Rochette P1 –what a way to start Dega week. First ever B class win. Made my move on the outside on the white 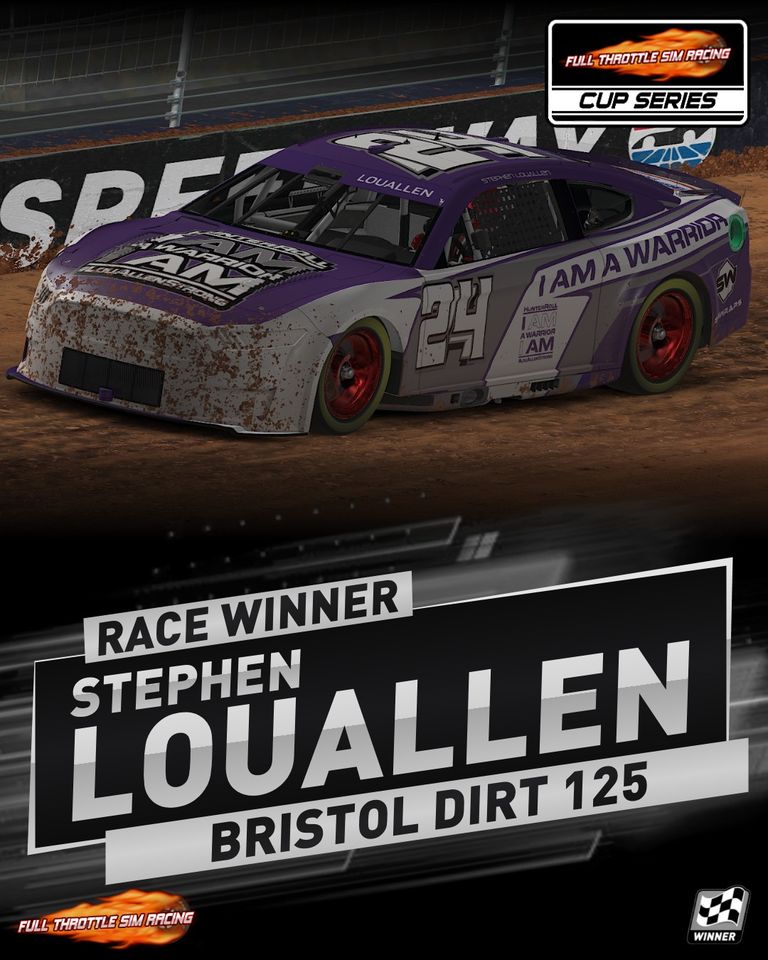 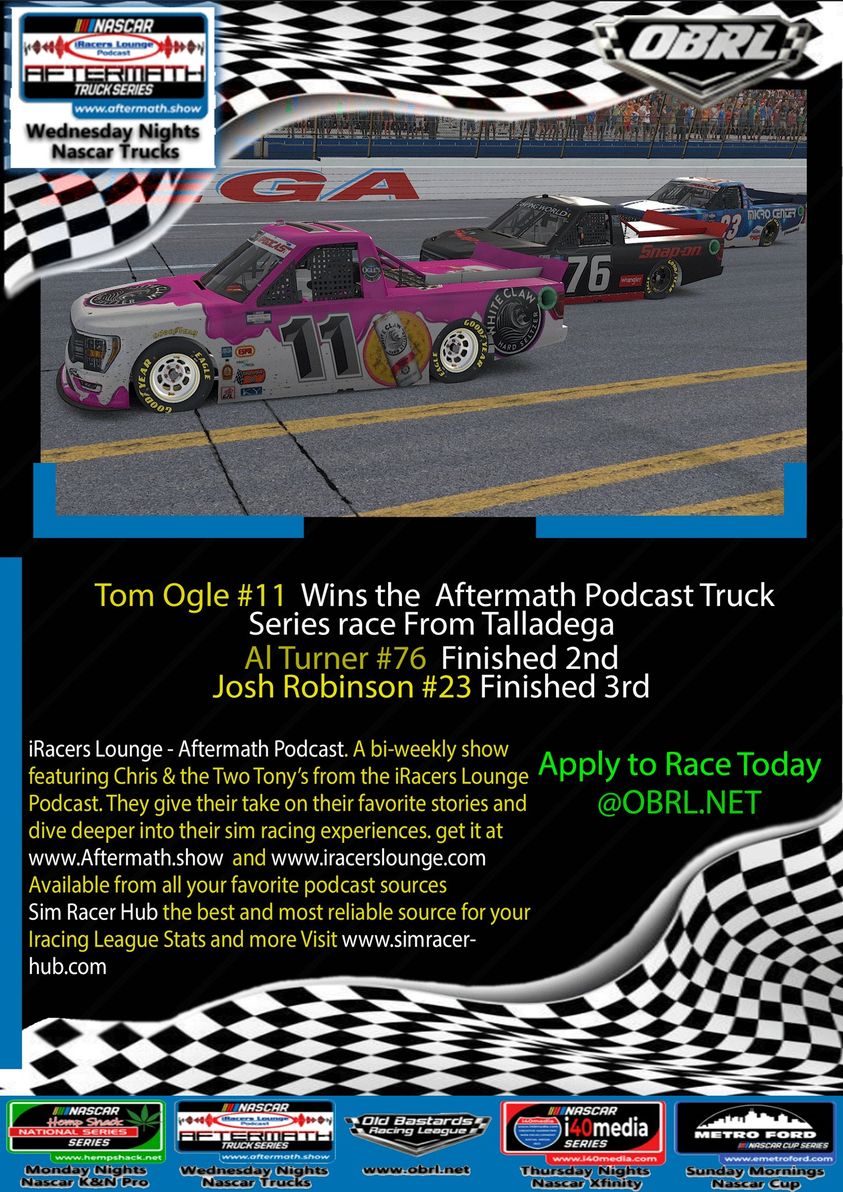 In this weeks episode we will be exploring if Nascar may be looking for a new console game developer. We see a dominant performance in the Skip Barber iRacing Formula Racing Series and ask, “What would iRacing be like without in-game voice chat?” So sit back, relax and join us on the iRacers Lounge Podcast.